Yelets: a Small Russian Town in 400 km from Moscow

Perhaps there are exceptions. Too lazy to look for them. But on the streets of Yelets it suddenly occurred to me that Russian towns with short and expressive names have their own unique provincial aura. Torzhok, Totma, Ustyug, Plyos … The list goes on and on. And, for example, no matter how hard St. Petersburg tries to pretend to be “Peter,” it will still remain metropolitan and magnificent. Yelets is no exception. Some unrestored old houses, crooked paving stone and ridiculous clutter of outdoor advertising could probably annoy. But no, they don’t. The town is harmonious. With new buildings far away from the city center, it is quiet and cozy. The famous Russian writer Ivan Bunin brought us the romantic image of Yelets: “The town … was proud of its ancient history and had the right to be so: it was indeed one of the most ancient Russian towns that was lying among the great black-earth fields on that fatal line beyond which wild, unknown lands once stretched … The town belonged to the most important strongholds of Russia that, according to the chroniclers, were the first to face the storm, dust and cold of the terrible Asian clouds that continually came over it, and the first to let Moscow know about the impending disaster and the first to lay bones for it. ” 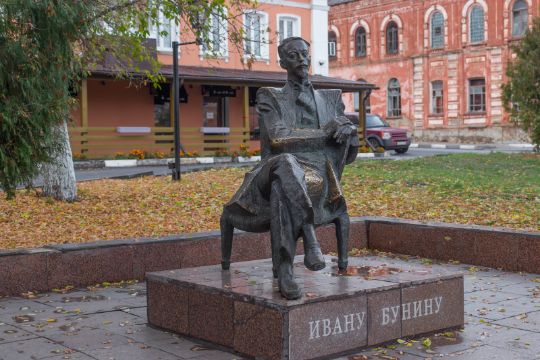 The monument to Ivan Bunin in Yelets 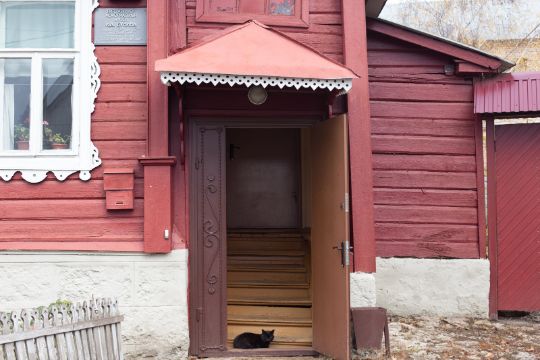 Security at the entrance of Ivan Bunin Museum

In 1843, Emperor Nicholas I approved of the project of the Ascension Cathedral in Yelets, submitted by architect Konstantin Ton (the author of the Cathedral of Christ the Savior in Moscow and the Grand Kremlin Palace). In the resolution, he announced the royal favor to the architect Konstantin Ton for the beauty of this project. The cathedral was built for 44 years, and donations for it were collected for 75 years. In general, the Ascension Cathedral in Yelets is a huge art exhibit. The temple part contains more than 220 wall paintings and iconographic works. 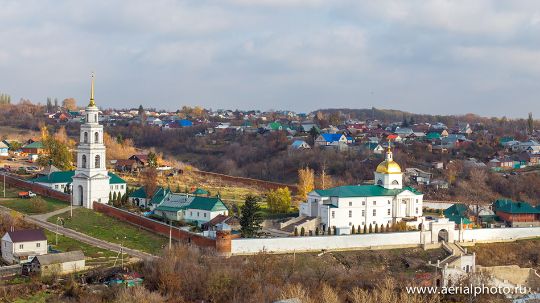 The Convent of the Icon of the Mother of God of the Sign was founded in the XVII century on Argamakov Hill on the site of the ancient fortress (after the renewal of the city by Boris Godunov, the fortress was moved to the area of the present city center). The spring near the walls of the convent was named after Melania, a nun and the spiritual daughter of Tikhon Zadonsky. 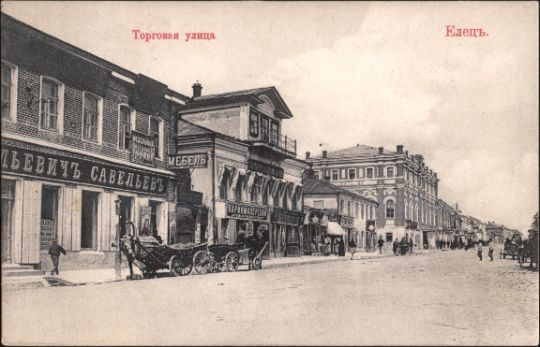 At the beginning of the 20th century the Sosna River was noticeably wider.

The scans of the postcards – Pre-revolutionary Russia in Photos: Yelets.

Then, there was a small trip around the Lipetsk region. Ploughed up black earth and winter cereals fields. Up-to-date apple orchards. Trucks loaded to the top with apples. And what is the most important: pleasant and friendly people.

Church of the Icon of the Mother of God of the Sign. Znamenka.

Church of the Icon of the Mother of God of the Sign. Veshalovka.